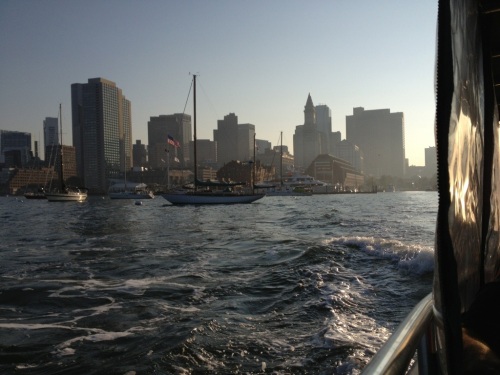 I live above a restaurant in the center of the best food and drink available in the Boston region. Which is to say I live in Cambridge. (If you think Boston is the center, check out the Eater map.) And while I’m not officially in the industry (as people who work in restaurants like to call it) I have thickly tangled myself in the fringe by being a regular at as many places as my paycheck will allow. One of the many perks of this is getting early information about really cool events, such as a tip from Darren at MJ Curley’s.

A meat pie throw down. Twelve chefs, 12 pies, one Australian kitchen called KO at the Shipyard. (Which is technically in Boston! See? I’m willing to give a deserved nod.)

The story starts with a boat (see above)- because on a day this beautiful you don’t really want to take the T to Eastie (as East Boston is known to locals).

We drank, we ate, we graded, we ate more. Below are the before and after shots of the 12 pies. 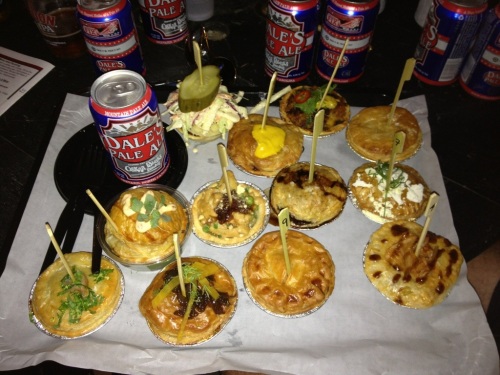 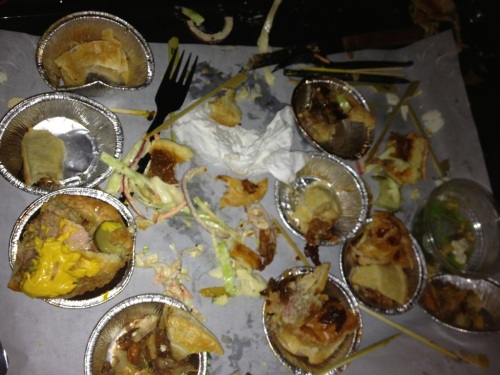 As you can see, the perfect pairing was Dale’s Pale Ale. And lots of it.
My dining companion is authentically in the industry at another (Boston based!) true craft beer destination called Picco. So I was judging with a pro. 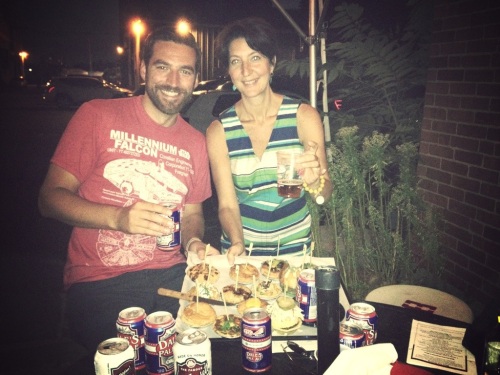 The event sold out with over 100 people. The real Aussies at our table- working on a yacht for the summer in Boston Harbor- ordered an extra dozen pies “just to be sure.” Winning pie: short rib and kimchi by chef Chin Kau of Saus. But the braised oxtail, shallot confit, bone marrow pie and the Moxie chicken wing pie, and the Cuban pie were all amazing. And so was the tomato and corn pie. And the rabbit and mushroom! Oh my. I think the cross section shot below is of the lamb, madeira, feta, minted pea puree pie. I wish they could all win! 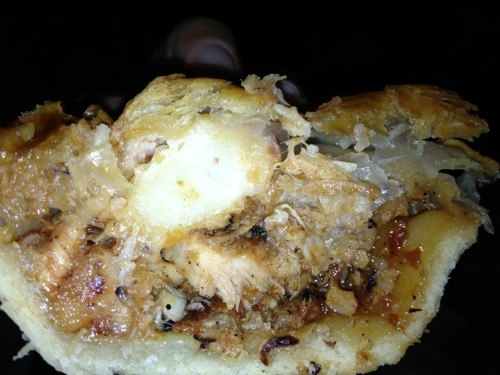 KO at the Shipyard has lots of other craft beer choices, too- which makes it my new favorite find in Boston. Repeated trips via boat will add up quickly- you can also take the blue line T to Maverick. Just look for the giant green cleaver outside. 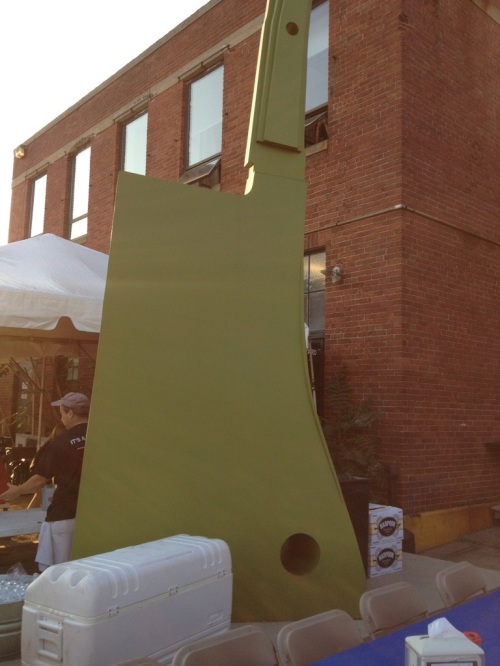 I was a little distracted at the start because a short story I wrote had made it to the final 10 at the annual Bukowski Pint & Pen contest, and the announcement party was going on at the same time. There were probably 11 entries. My story didn’t win place or show, so I ditched the device I’d been checking obsessively and applauded my evening’s destination decision. If you’ve already gotten this far and fancy spending time in airports you might as well read it. (rules: fewer than 700 words, the use of words pint, pen, Harpoon, and Dig.)

By the way, the irony that all the decent restaurants listed in this post are located in Boston is not lost on me. Just wait- I’ll write about my own ‘hood soon enough. And it will be a lot longer.

I set down my pint of Harpoon- the only decent beer I could get at Logan- and checked my departure status on the board across from the bar. On time for 7:34pm.

It was 6:20. I like to be at the airport early. I like being at the airport period. Some people say they like to travel when they really mean they like to exist at a destination away from home. But I dig it all- being picked up by the cab, checking my luggage (which I always do because of the beer presents I take everywhere), finding the growing craft beer offerings at various airports.

And I like the other regular fliers I meet. We understand the Code. We know that moving walkways are not rides. We never wear laced shoes. We know we don’t really have to bother with the quart-size plastic bags. We never stand up when the plane arrives at the gate. We occasionally display a subtle scorn for those who haven’t figured out the unwritten rules of frequent travelers.

That scorn-glance was the first one I sent her. I mean really- who talks that loud on the phone anywhere, especially at an airport bar?

“I think I left it on the kitchen table.” She was nearly screaming.

The second glance was a fast double-take. I knew her. But maybe not- it had been years. It wouldn’t be the first time I’d run into someone while on a trip. Once the guy I occasionally saw in my building’s elevator but never spoke to showed up in the seat next to me on a flight to Dallas. We ended up bonding at Deep Ellum Brewery. And then in my hotel room afterwards. This wasn’t going to end that way.

“Did you look on the hall table? Maybe it’s under last week’s Dig. How about next to the sink?” Meanwhile she’d been rummaging her bag- a real multitasker. She even managed to order a Harpoon as well. Sort of impressive- although I think all she did was point to mine. Everyone was watching her; she was completely unaware of us.

Suddenly she was waving a blue passport in the air. “I found it! I found it! I’m all set for tomorrow- phew! YesOKsorrybye.”

Silence. Finally. She looked around suddenly remembering where she was and focused on me.
“Oh my God- how are you?”

Shit! Who is this? I smiled as if I knew exactly who she was.

She was shaking her head. “I’ll never forget that day. One day we’re all in class, the next day those two professors and that student are dead and news crews are all over town. Did you stay to graduate? I just couldn’t go back.”

That narrowed it down. Before I could respond the bartender interrupted us.

“Would you like a shot with that for $3 more?”
“No thanks. Oh wait- I don’t have time for two beers- so yes please. Whatever whisky you have.”

She was growing on me. And while normally someone who doesn’t wait for me to answer would annoy me, I was grateful. I’d been having an affair with one of the professors killed that day. She just kept talking. The bartender put both drinks in front of her.

“My flight is scheduled to leave in fifteen minutes, but from what I can see people are still in line to board at my gate.” She paused to finish her shot in one gulp, then started searching her bag for her wallet.

“No no” I said, “Let me get it- you really should catch your flight.” I put some cash on the bar. In one long sip she emptied half of her glass.

“Thanks- you’re probably right.” She dove into her bag yet again. “Let me get your number so I can return the favor if we’re ever in the same city.” She gave up and reached for her beer, handing me the coaster. “Have you got a pen?”

I scribbled down my number even though my phone was sitting right on the bar. She tossed it in her bottomless bag, downed her beer, and dashed towards the empty gate.