Confession: I was born in Texas. In Texas (and perhaps only in Texas) this is a bragging right. In spite of leaving at just six months of age, I am a native. According to Texans. Would you argue with them?

I was especially excited to visit Dallas because of the Deep Ellum neighborhood- home to a brewery and several beer bars- as well as the hip neighborhood Boston’s top beer destination is named after.

In town to speak at a conference related to my day-job, I arrived with a full beer itinerary. I directed my airport cab to The Common Table before I even went to my hotel. 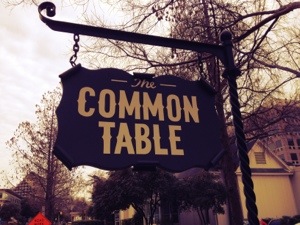 Inside is like someone’s hip, warm home with large spare rooms for open-yet-private sipping. As always, I sat at the bar. There are 24 taps and not one wasted on BMC beer- the only beer stop in Dallas where this was true. I had a few local tastes: Peticolas Great Scot, Community Regalement, and the Saint Arnold Endeavour. (Houston- so local to TX)

Later that night I went to Strangeways (pictures below; no website unless you count facebook which I do not) which had a great list and the only person I met who knows what Heady Topper is. So much for bringing A+ beer presents! I should have given them all to him. 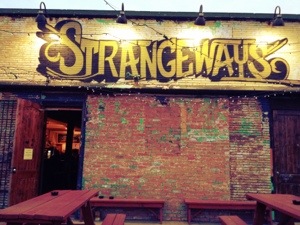 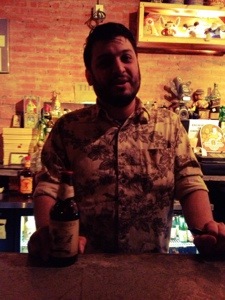 Below are the Jester King (Austin) bottle choices at Strangeways and my decision, Wytchmaker, a rye IPA. It tastes even better than its fantastic label would lead you to hope! 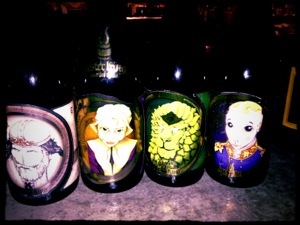 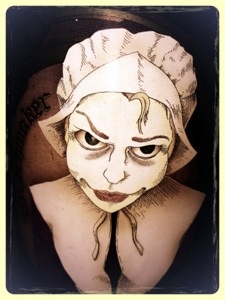 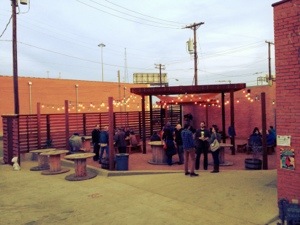 Deep Ellum Brewery isn’t always open to the public, so I planned my itinerary around the small window when I could drop by their tasting room. For 10 bucks you get a glass, three tastes (which turn out to be full pours), a brewery tour- which I ended up skipping because of the man playing music in the picture above. He’s called Greg Schroeder. Think of a modern day cross between Hank Williams and Eilen Jewel (well, she is modern day- but work with me here…) Riveting! The context added to it- I left snowy gray Boston and stumbled on some great beer- a rye pils I loved so much I didn’t want to try anything else- sipping outside chatting with a lovely couple I followed around for the rest of the night- each part made all the others even better. Gestalt realized! 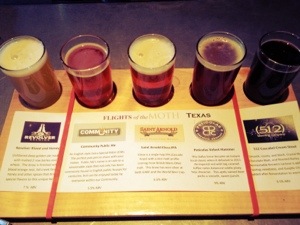 The Meddlesome Moth is more polished- even corporate- than my other visits. When I asked for a tasting of their Texas beers, I was given this everyone-asks-for-that prepared flight. (Above) Nothing wrong with that- just felt a bit…ready. So then I asked for all the other Texas beers, and that’s when I found the gems. Ranger Creek Small Batch #2 and Jester King El Cedro being the show-stoppers. The best non-Texan beer I tried was Lips of Faith, a New Belgian/Dieu du Ciel collaboration made with feijoa (think if pineapple and guava kissed) finishing with a spank on the lips. Nice. 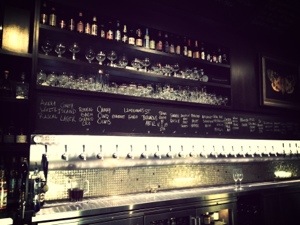 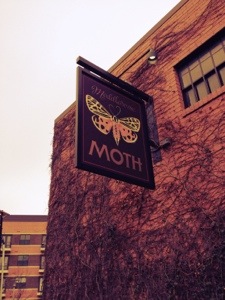 Above are more Moth images. After this trip I may start bragging about being a native Texan!