What’s the difference? For me- in addition to spectacular, well thought-out beer lists and passionate people, you always leave a beer destination with a good story. 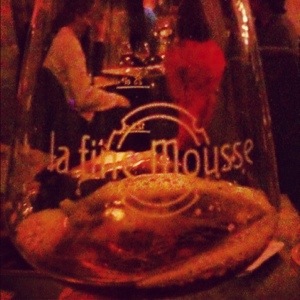 Like in 2005 when Mike Gallagher of the Brick Store Pub in Decatur, Georgia pulled out a then-unknown, off menu, 2004 Abbaye de St. Bon-Chien to toast my next morning move to Boston. That bottle opened my eyes to what beer can be, and also began an odyssey (some say obsession) of travel and beer adventure. (And now I help blend it at the brewery!)

The stories aren’t always so happy. I went to the Kulminator in Antwerp and made the mistake of speaking French to the owner who apparently doesn’t care for the language being used in the Flanders part of Belgium. (Either that or I unknowingly swore at him- entirely possible given my language skills.) He huffed away and wouldn’t look at me the rest of the time. Even the cat hissed at me. I had to order my $100 bottle of off-menu 3 Fonteinen Hommage from his wife who was clearly embarrassed. It was delicious though! 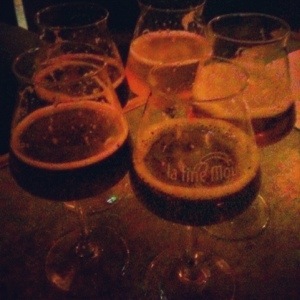 There was a strange momentum building up to my visit to this special place. My GPS had died the day before and I still managed to drive directly into the city and get a parking spot right outside the place I would be staying. (I used a map. Crazy!) The lovely couple I stayed with turned out to live around the corner from the bar. Other friends converged in their flat where we drank all the beer I couldn’t fit into my suitcases, and we then brought a few beery presents with us and descended on La Fine Mousse.

There are many stories from that wonderful evening, my last stop on the French beer voyage- but the best one is this: Paris now has a beer destination!

Bravo and merci to the three owners pictured at the start of this for creating a world-class beer list, a truly special space to enjoy it in, and for generously providing fodder for fabulous beer stories: Laurent Cicurel, Cyril Lalloum, and Romain Thieffry. 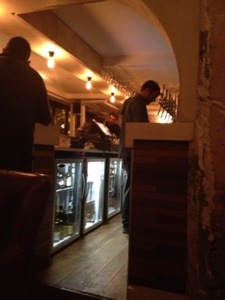