Looks nice, right? She used to be a regular person. Well, a regular ER doctor who grew up speaking five languages- but she didn’t have any bizarre obsessions. And I assumed our overlapping evening at La Fine Mousse in Paris a couple of years earlier was just a wonderful one-off. (See Paris post).

Until we visited a special brewery together.

Friendly service at the Hotel Subiaco

Sampler by the sea under a tent at Black Salt

At the start of my three-city tour of her home country, we met in Perth on the left parenthesis (as I like to call the western coast) and stayed in the lovely home of her friend Margareta in Subi. We began direct from the airport sipping Aussie craft suds at an old haunt of Vera’s from when she lived there years ago called the Subiaco Hotel (lately of a facelift that had me longing for some comfy wrinkles) and at a new place she spotted on one of her beach runs called Black Salt Brewpub. (Both above) Most importantly, it would later turn out, is that my first beer in Australia was a Feral Hop Hog. Fresh, balanced, almost juicy- it set a high bar.

One of many examples of “Kangaroo Paw” in Kings Park.

We did a few normal things- had brunch with her friends, toured a couple of museums, walked through King’s Park. I picked up a copy of Cloudstreet. Later that same day we visited Little Creatures, The Monk, and Sail & Anchor in Freo (as Fremantle is called). Little Creatures reminded me of Stone in San Diego: a lovely visit to an amusement park of beer.

The beer is great, but the studied attempt at ensuring a particular experience was distracting. And just like at the end of every Disney ride is a store full of momentos, I confess that’s where I picked up the best beer gifts (other than beer) to take home. We enjoyed dropping off the first Wormtown Be Hoppy can (beer gifts I brought from the US) at The Monk and had a memorable Rye the Hop Not on engine by Mash Brewing at Sail & Anchor.

In Perth’s CBD (Aussie for “downtown”) by word of mouth, we found Northbridge Brewing and the rooftop Mechanic’s Bar, where I drank my first canned Aussie beer, Mountain Goat of Melbourne, and admired a fine cocktail list.

On the deck of Mechanic’s Institute Bar. 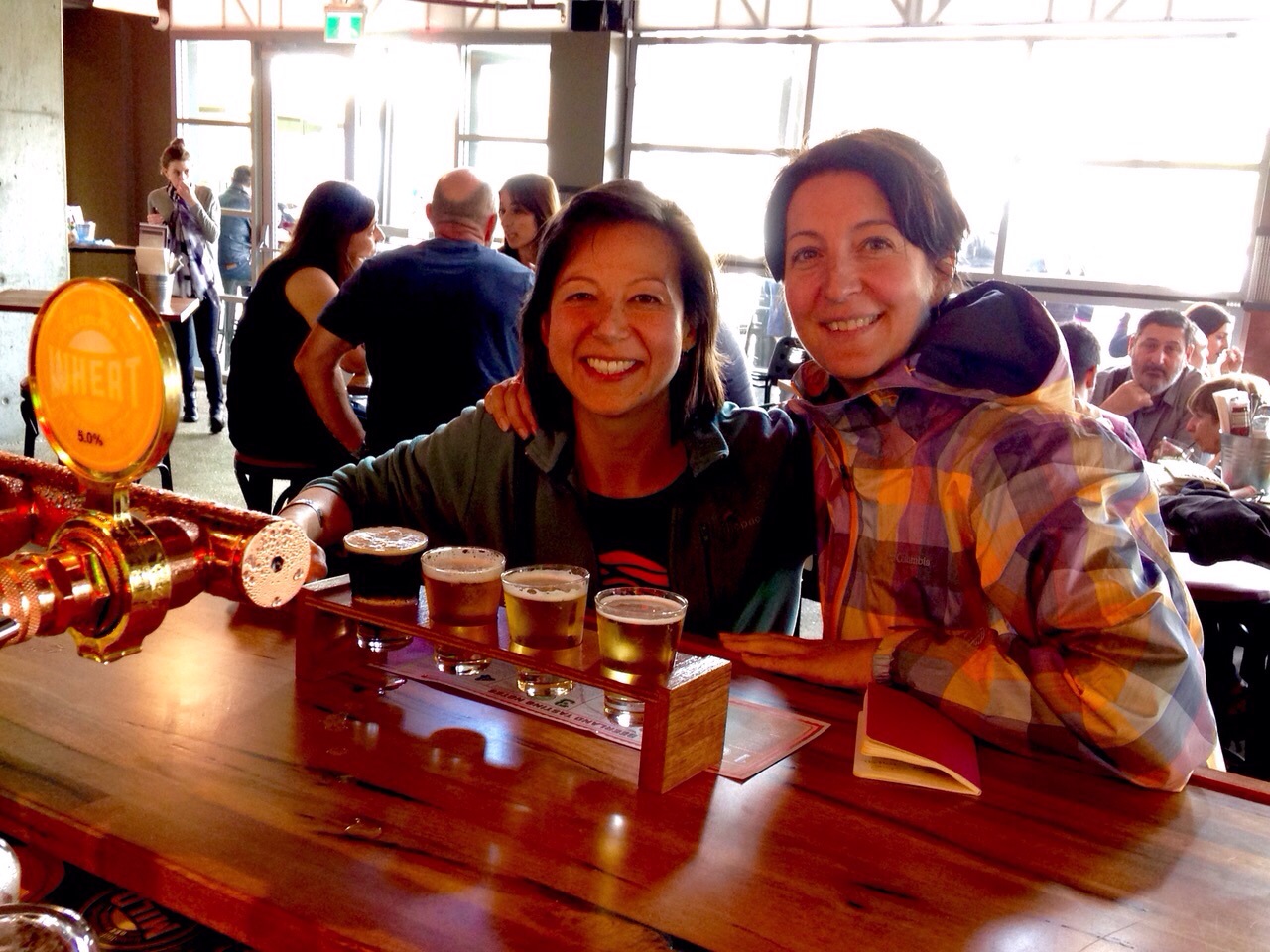 Compared to my usual beer travel, so far it had been pretty tame. 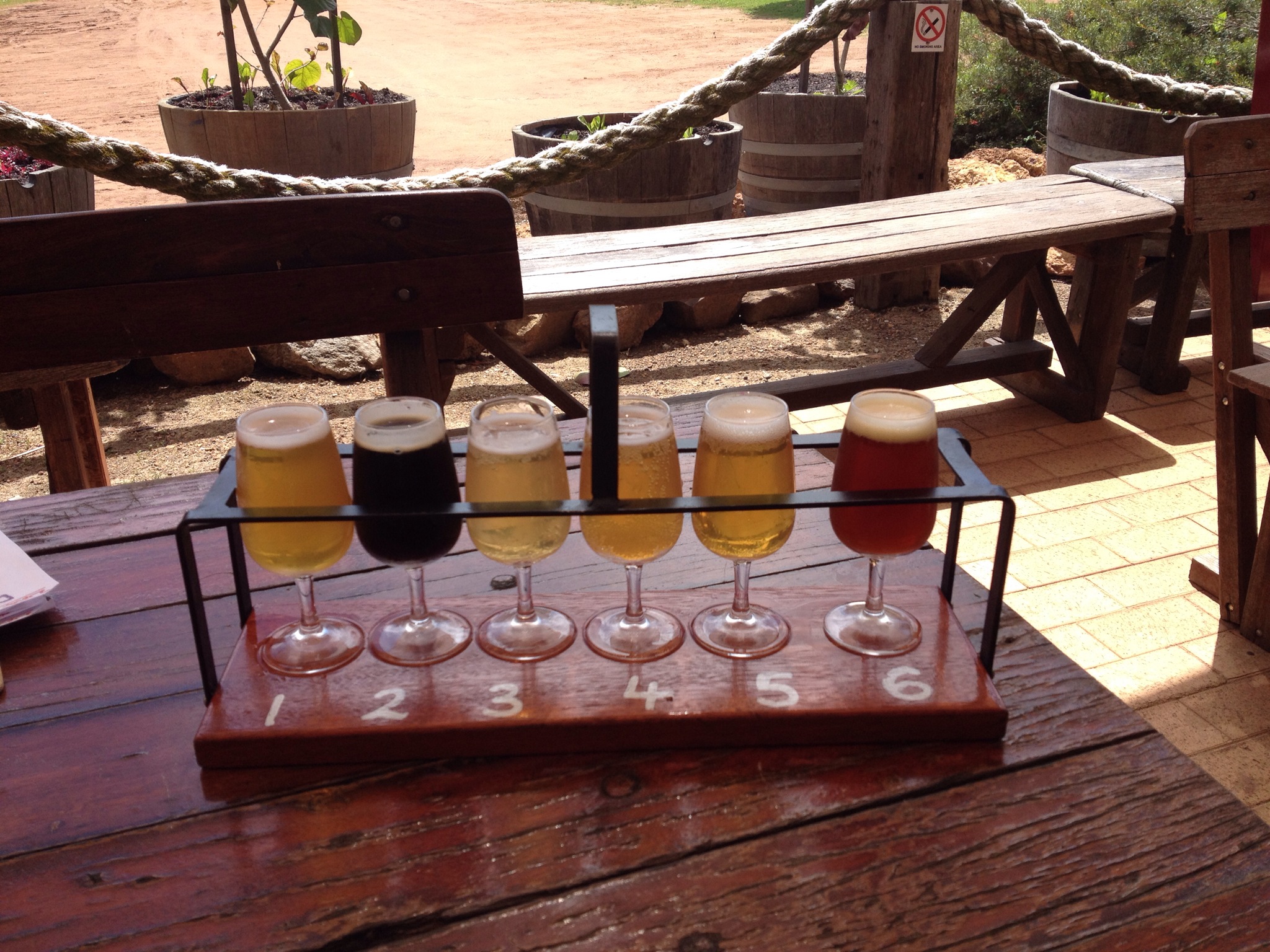 Until the morning when Vera suggested that we miss a planned visit to Rottnest Island, home to the cutest, happiest marsupials on the planet, so we could be sure to arrive at our first brewery stop in the Swan Valley at the moment it opened. I became suspicious. But given that morning rain was likely to keep the adorable critters in hiding anyway, it seemed like a good idea. The first stop was to be Feral Brewing.

And that’s where Vera’s geeky fate was sealed.

The Swan Valley is essentially wine country, and as you get closer to the center spliced by the Swan River the signs pointing to wineries become more frequent. There wasn’t a sign to help us find Feral Brewing until we were practically pulling in the lot. There it sat, a large building away from the road with a big cleared area in front, some grass, outbuildings, chickens poking about. A wildish farm. 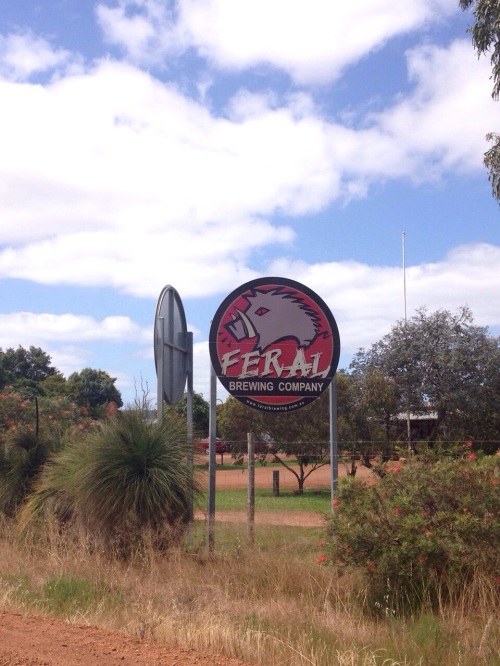 But there was no mistaking the smell of mashing in that welcomed us. They didn’t mind that we were ten minutes early. By this point we had a routine. We asked for a tasting paddle and shared it, going one by one back and forth comparing our impressions and taking notes on our favorites. Feral has a set panel, but Vera noted most of the beers on it she could find in her hometown of Sydney. They sent us to a table with the full beer menu (15) and invited us to make up our own panel and then order more if we like. 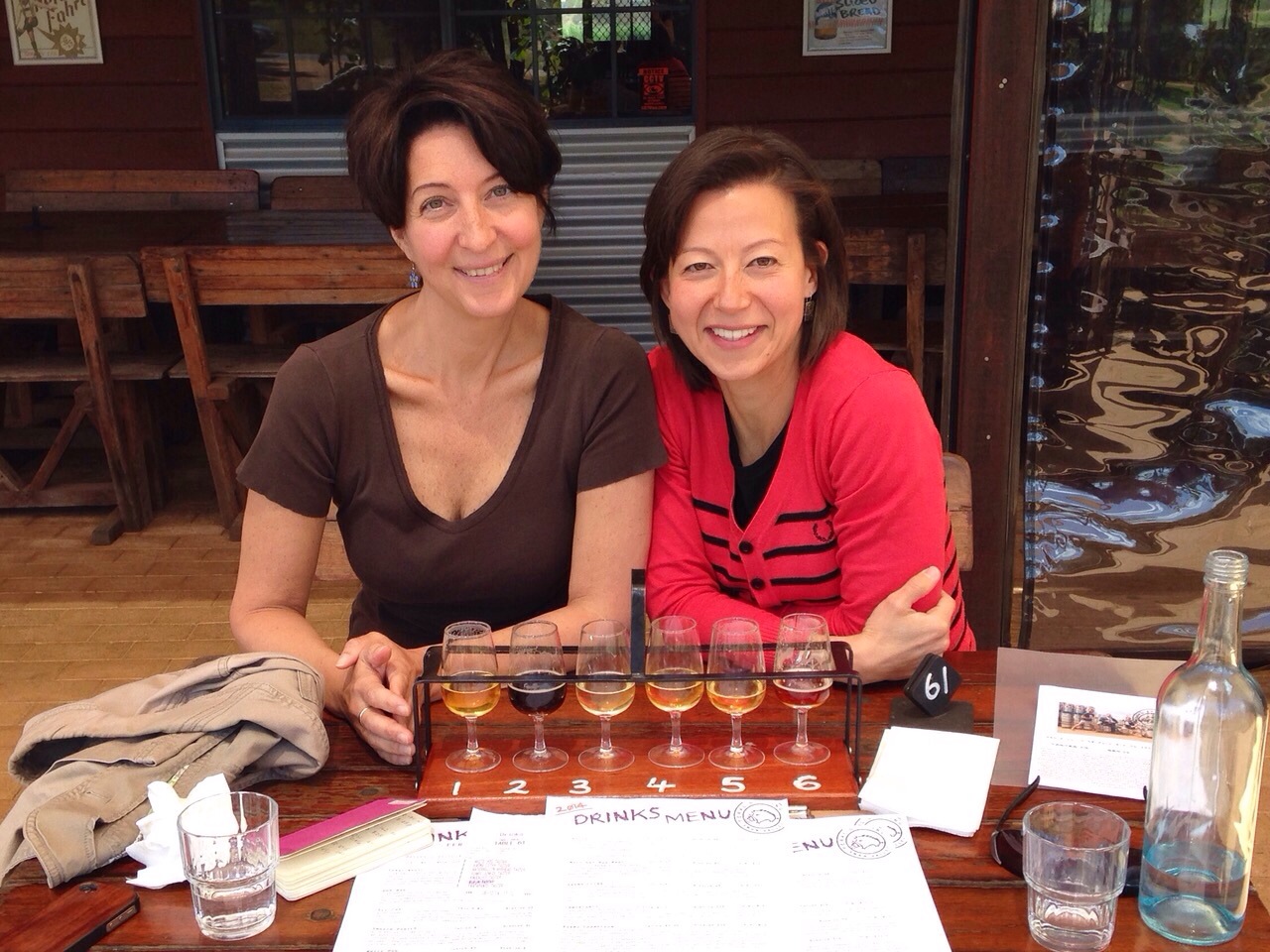 Feral is one of only a handful of truly exceptional brewery visits in my experience (BFM in Switzerland, Montegioco in Italy, Mont Salève in France being others) where not only were we made to feel welcome (no contrived lines, an unfortunate trend in the US that self-proclaimed beer aficionados deign to wait in) but every beer was notably complex, fresh, different, and delicious. Made with love. It happened to both of us, Vera and me. We were on the fourth beer on the paddle when we declared our love for the creator of such beautiful tastes! Man or woman, young or old, beautiful or ugly- we were smitten. And our regard deepened as we continued sampling so that at the end of our visit, when we finally met one of the brewers, we were like a couple of silly Beatles groupies. It was at this point when our savvy server came up to us with two glasses of a “little something special” off menu for us to try. Cue swooning. And then brewer Will Irving handed us two bags full of beer, graciously posed in our selfies, and sent us off with hugs. 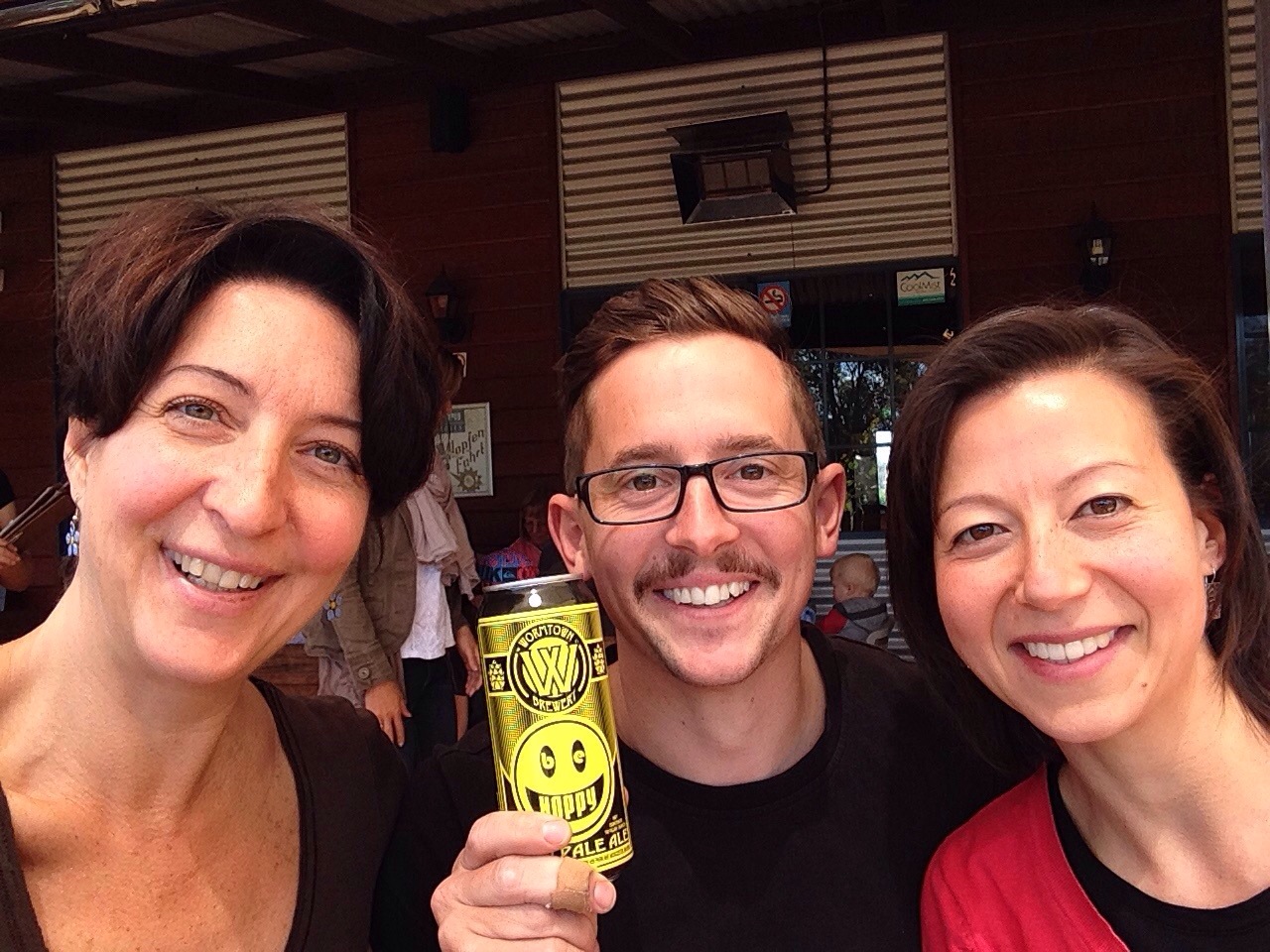 Brewer Will Irving joins a selfie!

Although it wasn’t fair to them- nothing could compete with Feral that day- we managed two other breweries in the Swan Valley. Mash, which was more like a cafeteria catering to families, and Homestead, which was quite elegant set on the Mandoon Estate Winery, and where we ended up tasting some delightful old vine zins in addition to beer. (Both below)

Inside Mash- home of the Why the Hop Not rye beer!

With the conversion of Vera to full-on beer geek complete, and a farewell impromptu tasting in Margareta’s kitchen to relieve our luggage of so much beer, we were all set to continue our adventure as joint beer travelers to Sydney and Melbourne. 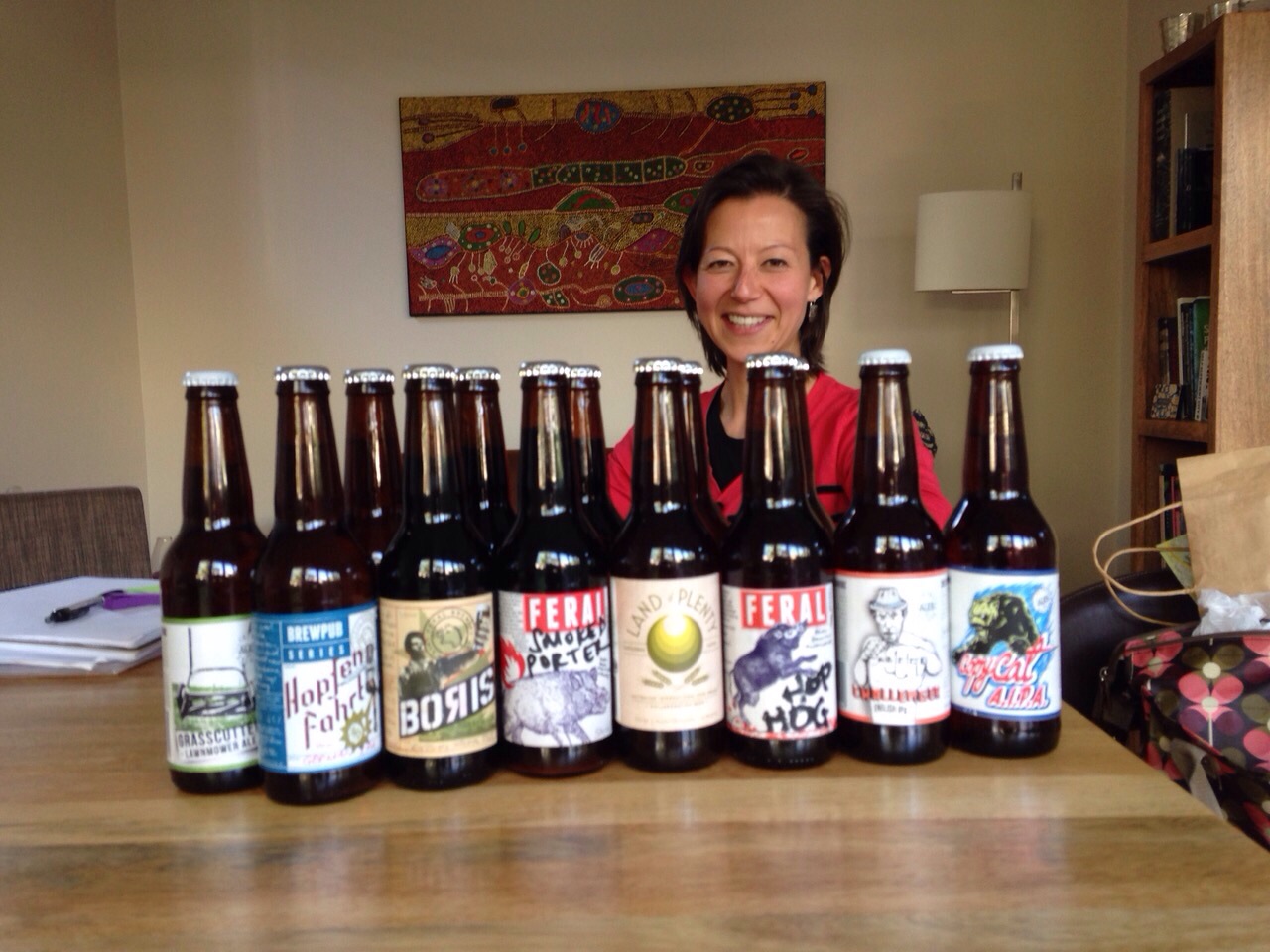 We had to make a dent in the stash before packing off to Sydney.

Yes, we are indeed.