Back and Forward in Washington, DC 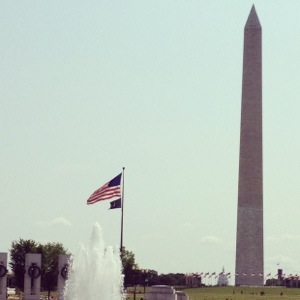 Back when the drinking age was (rightly) 18 and my hair was (wrongly) long and blond, I snagged a summer job at Clyde’s of Georgetown.

GM Hank (I think that was his name) explained that my first two weeks would be training in the mock- restaurant next door. Swell! It was my introduction to proper food service, and a lot more.

The origin of the fork, how to not scowl at customers who order well done steak, how to juggle a drink order and an appetizer order being ready at the same time- while a customer waves his credit card at you (there is a reason why my tipping starts at 20%) – with a final exam of serving a bottle of wine to the owners. Intense. And fabulous.

So when I have a chance, I still stop in to Clyde’s on M street. They serve some craft beers, but really I’m visiting the place where I started to notice food. 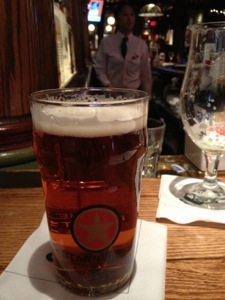 As I sipped the local brew above at a recent visit to Clyde’s, I recalled that I first met soft-shelled crab at the table behind me. The fried legs stuck out inelegantly from the bun, and the customer asked if he should eat them. “Of course not” I laughed and zoomed to the kitchen to tell my hilarious story. Chef gave me a look that all food service people dread, and shoved a leg in my mouth. I fell in love on the spot. (Not with the chef, silly.)

As a restaurant group that also owns 1789 and (still a great stop for bloodies and oysters) Old Ebbitt Grill, Clyde’s was ahead if its time trying to provide top-notch customer service. Fast-forward to 2012, and the new style of dining business. Enter the Neighborhood Restaurant Group. Above is a shot at the best seat at Birch & Barley, one of their restaurants.

I’m pretty happy if I read a beer list with a few gems. At Birch & Barley, and the less formal Church Key upstairs, the beer menu reads like a wish-list for beer geeks. Only they actually have it all! That’s because the NRG did the very forward thinking move of hiring a Beer Director. Yes! And the food- oh my. 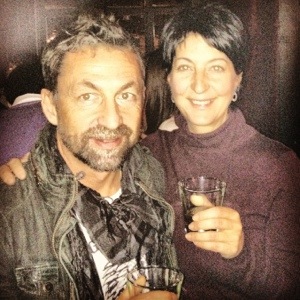 And something magical always seems to happen there. I mentioned to my savvy server that I was quite excited to have the 1809 on draft- an amazing Berliner Weiss revived by Professor Fritz Briem. “He’s upstairs. Would you like to meet him?”